Over the past 30+ years, Programs to Examine Phonetic and Phonologic Evaluation Records (PEPPER) has been the Phonology Project’s go-to software for storing and analyzing speech data. Over its lifespan, PEPPER has been expanded and modified to reflect the evolving needs and research goals of the Project.

In addition to the PEPPER software, the Madison Speech Assessment Protocol (MSAP), a series of tasks we have used in research to collect speech data from study participants of all ages, is available on the Phonology Project website. The MSAP is adapted for 4 age groups, with the tests and tasks administered in a fixed sequence. Each of the 4 protocols includes PowerPoint files to administer audiovisual stimuli for up to 12 imitation tasks, with accompanying forms for scoring and/or recording responses. PEPPER includes an option to print pepforms for each of the MSAP tasks. The pepforms include space for phonetic transcription in the format required for entering perceptual speech data into PEPPER.

The knowledge and skills needed to use PEPPER effectively include 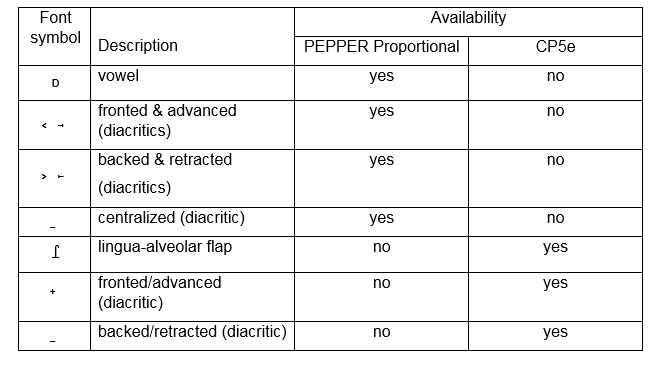 The flowchart below includes each of the required and optional PEPPER procedures described in PG1 – PG8. 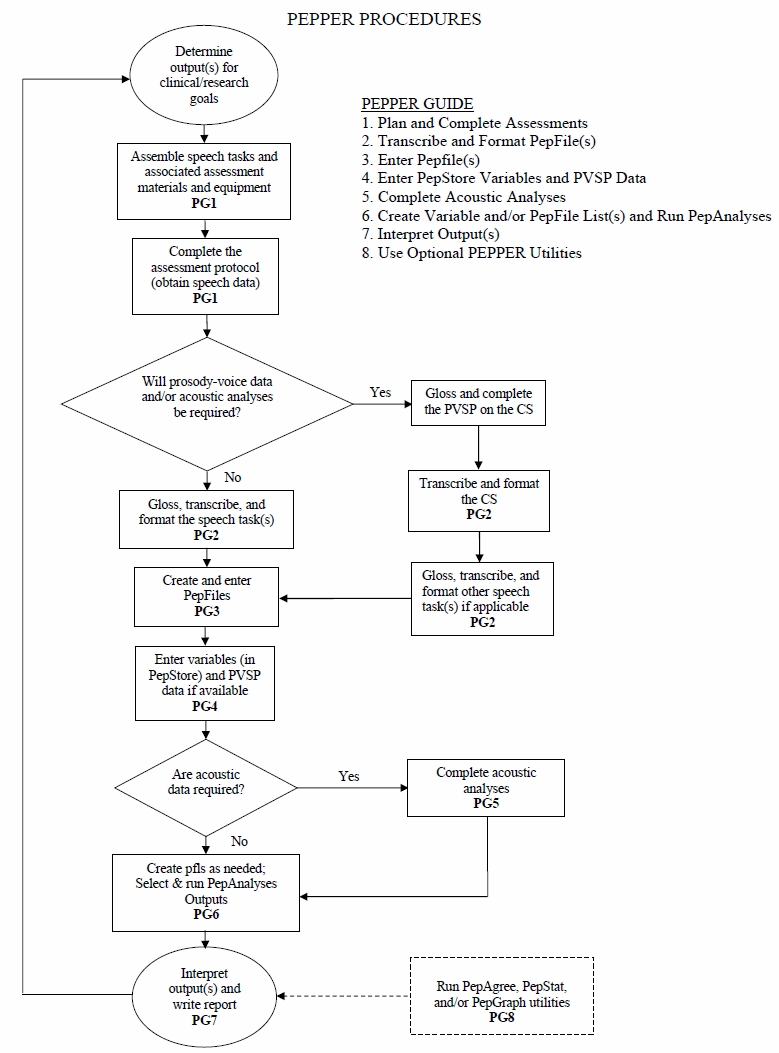 The PEPPER Procedures Flow Chart includes, if relevant, a hyperlink to the corresponding PEPPER Guide and/or additional information and resources.